Romeo and Juliet, streamed live from the Royal Shakespeare Company to the Festival Centre’s big screen, gave us a violent world with gangs on the streets, a family vendetta, a viciously abusive father. Oh yes, and a teenage love story.

In a brief introduction, director Erica Whyman said this most popular of Shakespeare’s works “Felt like a new play.” She wanted it to reflect our own diverse society and her casting – which includes a crowd of schoolchildren — achieved this with knobs on. We heard a multitude of accents (including Jamaican Brixton). We had strong women in the traditionally male roles of Mercutio and the Prince. And we had great pace and sense of pending violence on stage. Showing in Drayton on the day the Advertiser ran a piece on the use of blades in street fights in Shropshire, it felt relevant.

I was less convinced by Whyman’s belief that “The young are the ones to bring hope and solutions. Love gives a glimmer of hope.” This truism seemed not to stand on the evidence of the play. Bally Gill as Romeo and Karen Fishwick as Juliet were hugely engaging, from the moment they fell in love at a strobe-lit thrash of a Capulet ball to their achingly-protracted parting after their one-and-only night together. But their charm grew from their giddy impulsiveness. Thirteen-year-old Juliet bridled at having to wait until the next morning to meet again: “Tis twenty year till then.” Romeo’s adolescent lack of self control led him to murder both her cousin Tybalt and her suitor Paris.

Impetuous love was no match for the forces ranged against them – Juliet’s father, played here with a brutish authority; the mother who colluded with him; the nurse who ultimately abandoned Juliet to her fate; the suitor who behaved with lewd creepiness once he thought he had her in his grasp.

Charlotte Josephine played Romeo’s friend Mercutio and in the introduction said “She’s an adrenaline junkie. She’s bold, feisty, sexy, aggressive. She breaks all the rules of patriarchy. She’s a great role model.” She’s also meat for the worms before the interval – her dying contribution to the solution being “A plague on both your houses.”

It’s Friar Lawrence, played with shining clarity by Andrew French, who sees the possibility of rapprochement between the families through the love of their youngest members. But his ‘solution’ is well out of step with the modern world, and doomed to fail. 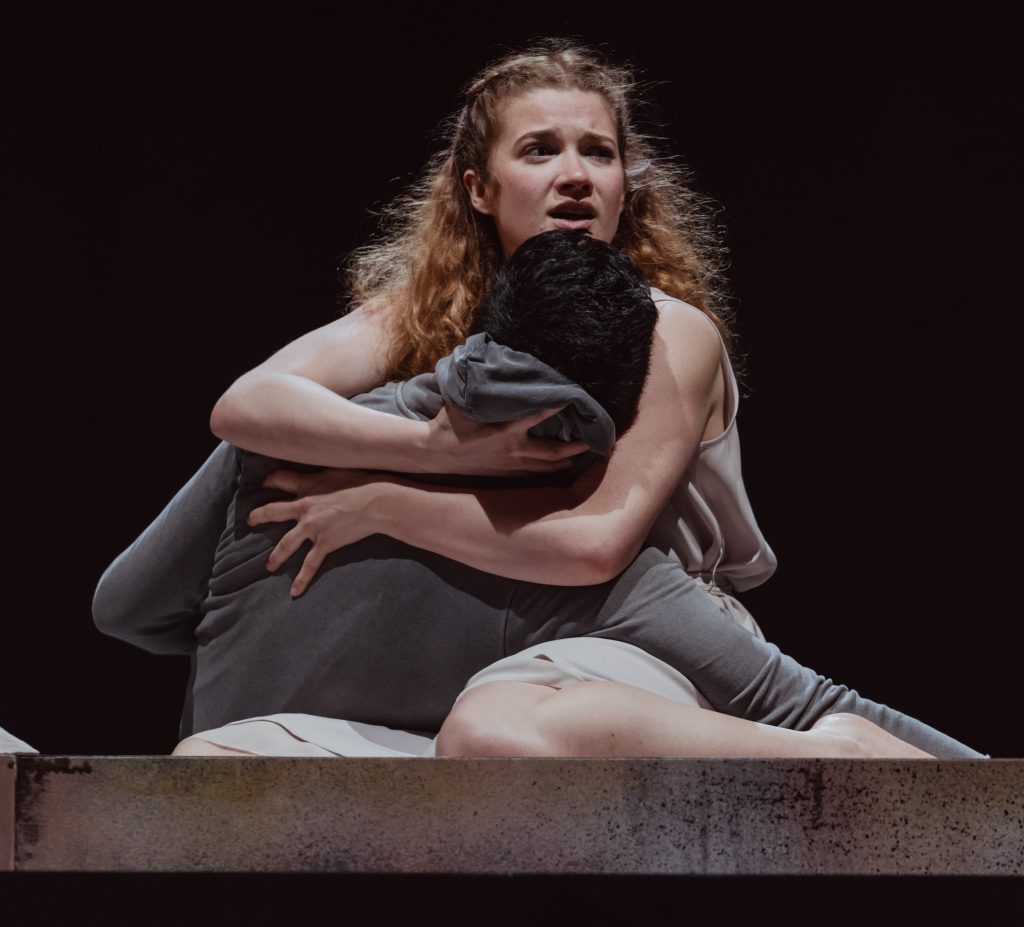 A familiar story then, but told with fresh insight in a production that thrilled and provoked even if it didn’t offer this reviewer a great deal of hope.

Look out for more brilliant Shakespeare coming our way with live streamings of The Merry Wives of Windsor and King Lear in September.