I’m used to seeing the Festival Centre punch above its weight as an entertainment venue but rarely has it done so with such pizzazz. This year’s panto from Dream Factory Theatre outshone many a production in theatres more than twice as large.

Jack and the Beanstalk was a high-energy show whose sparkle shone in every aspect: laugh-out-loud humour, great song and dance routines, spectacular sets and costumes, and fairy-tale storytelling with a contemporary twist. Writer and director Ben Richards delivered a glittering entertainment that was steeped in tradition yet seemed altogether fresh. 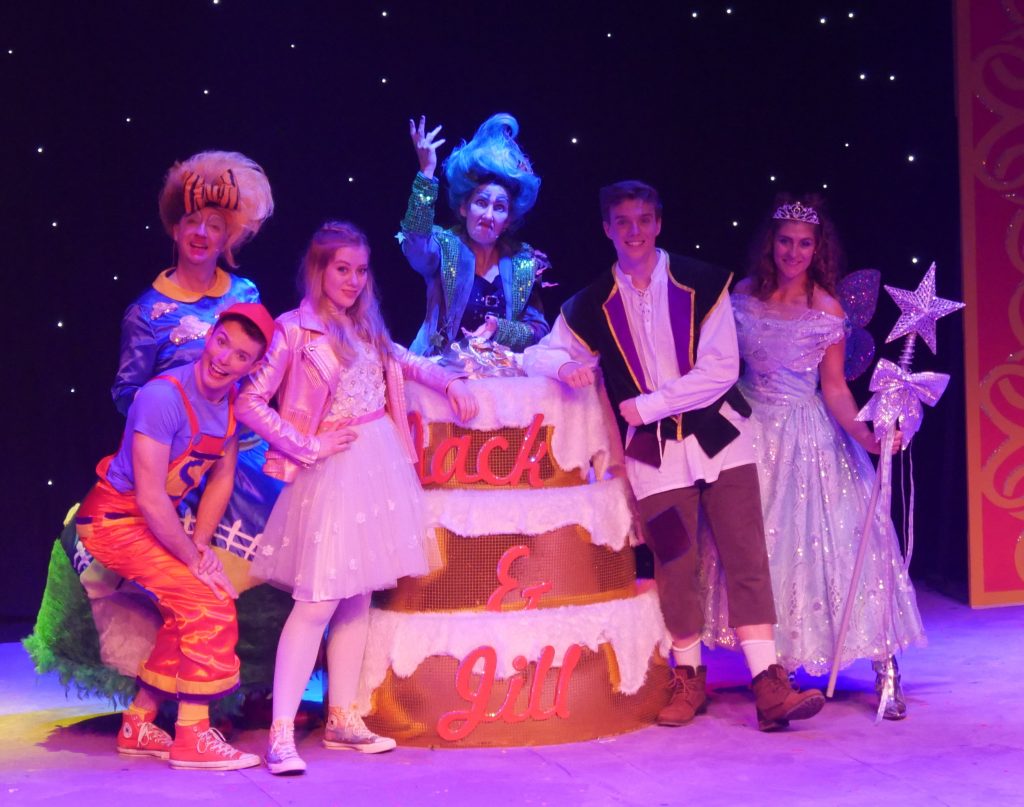 I lost count of how many costumes Scott Worsfold manoeuvred himself into in his ‘masterly’ role as Dame Trott. At threat of eviction from her cottage by evil landlady Fleshcreep, she was saved at crunch times by a Fairy Mary and her charming rhyming couplets. Jack Trott thought he was the “bold, handsome, sneaky hero” of the story but from the moment Jill careered on stage on a skateboard to the sounds of ‘Wild Thing’ we knew who the real hero was. She was wearing a frilly petticoat skirt and pink jacket but let us know straight up “There’s no such thing as boy things and girl things — just fun things.”

Jack’s brother, Silly Billy, was on hand to keep the fun things flowing, with physical as well as verbal humour: “My mum told me I was going to High School so I bought a ladder.”

If Dame Trott’s elaborate ‘shakomatic’ milk-shake machine and the beanstalk that rose into the sky before our eyes were nicely done, the special effects in the second half were stunning. Jill’s light-sabre fight with assorted illuminated-puppet monsters was awesome. The giant, physically if not mentally huge, struck a beautifully ambiguous tone: “I don’t like bullies. They get stuck in my teeth.”

In the set piece dances, the professional cast were supported admirably by youngsters from the Zoe Poole School of Dance in Market Drayton. ‘This is Me’ from The Greatest Showman had many in the audience singing along unprompted. You could ‘feel the noise’ – a sure sign of success in a show as good as this.