The curtain went up on the latest Amdrams production to reveal a fictional Amdrams group arriving for a rehearsal. Enthusiastically bubbly Sandra (Sharon Wright) introduced hesitant newcomer Jimmy (Josh Jones) by insisting gleefully, “Not all actors have a nice stage like this.”

How right she was. And it’s a two-way street – not all super venues like Festival Drayton have a local group like the Market Drayton Amateur Dramatic Society able to put on such engaging and entertaining shows. However much I enjoy plays streamed from the National Theatre and Royal Shakespeare Company, there’s a special energy about a live production by local amateurs that is very appealing. 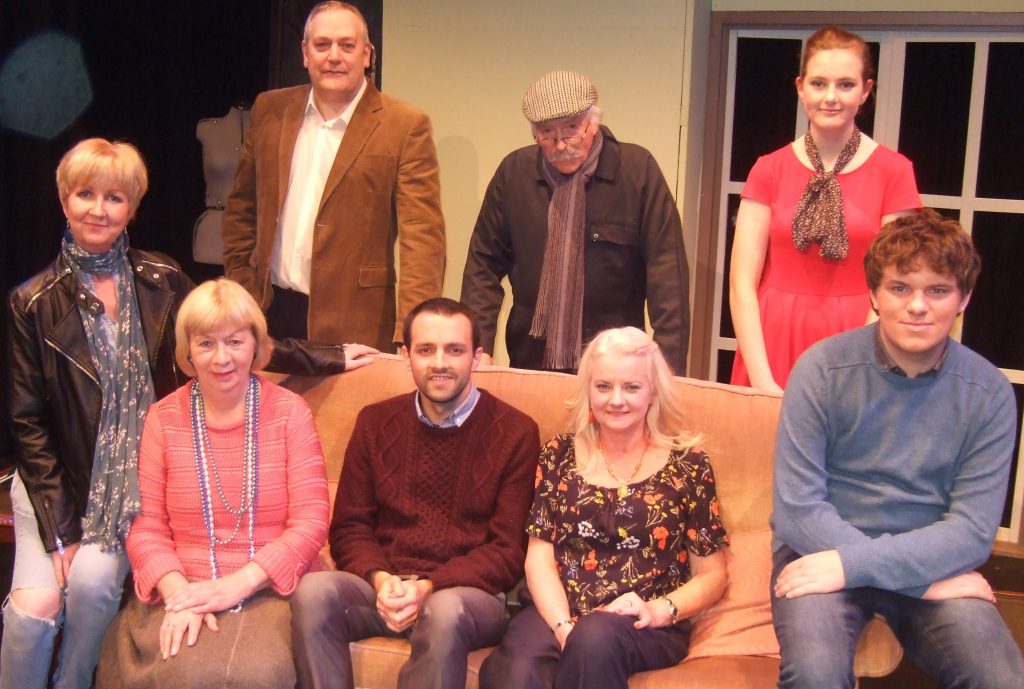 For Curtain Up On Murder, written by Bettine Manktelow in 1997, the Drayton stage was transformed into a theatre at the end of a seaside pier on the south coast.  A distinctly dodgy caretaker (Graham Richardson) shared his view of amateur dramatics at the outset: “There’s nothing to it really – as long as you learn the lines and don’t fall over the furniture.” I thought we were being set up for a hilarious comedy where the actors need constant prompting and are forever stumbling over props.

But far from it. Much of the first half of the play centred on the affair between leading woman Sylvia (Lorraine Jones) and leading man Alex (Matt Baker). Alex’s partner Linda (Loveday Cookson) hid in the wings at the rehearsal and discovered them together. She was determined to tell Sylvia’s husband and the play-within-the-play’s director, Martin (Richard Greenwood). The cast handled the emotional content of this significant theme in the play well but they were somewhat let down, I felt, by a script that seemed shallow in its philosophising about marriage and adultery with dialogue that was sometimes trite. 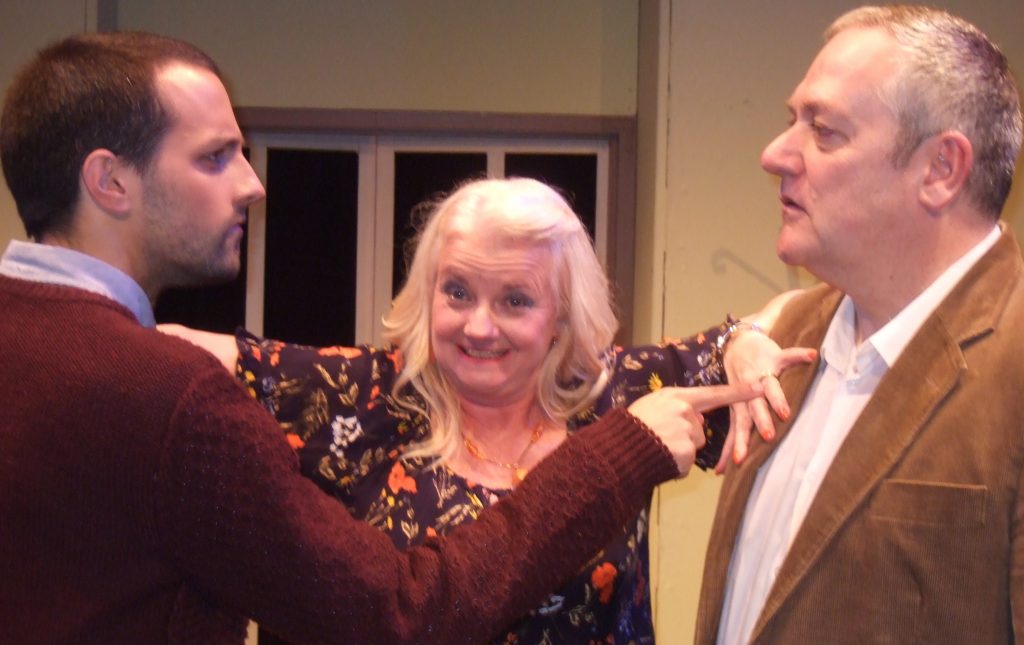 The pace quickened in the second half and the cast handled the plot’s dramatic twists and turns with aplomb. The company found themselves locked in their pier-end theatre as a storm raged outside. One by one they came to a sticky end as it became clear there was a murderer in their midst. No stumbling over furniture then, but multiple cases of expiring on it.

In the spirit of the murder mystery genre it was nicely hammed-up and galloped along most amusingly. I doubt if anyone in the audience nailed the outcome in advance. And there was a beautifully-handled touch at the very end that took us back from the who-dunnit to the stagecraft of theatre.

Alison Woods (as the cheerfully drawn older character Moppet) and Lorraine Jones gave us a welcome comic turn when rehearsing the play-within, as did Richard Greenwood determined to sleep his way through the mayhem.